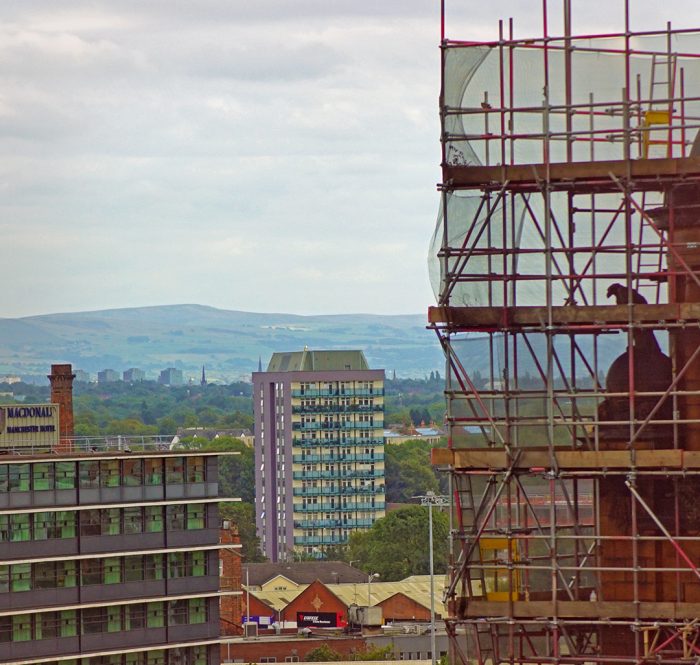 [“View over #Manchester past the construction site of #londonroadfirestation into the #green #hills of the #peakdistrict (I believe).”, September 30, 2019 at 11:23PM]

The first three panoramas are pretty big (click to embiggen). The second night photograph was taken after midnight, when some light get switched off.

These are smaller panoramas taken with mobile phone. I like the atmosphere though.

London Road Fire Station in Manchester has been out of operation as long as have known it. It has a fascinating history for sure (see the Wikipedia link, below). It’s an amazing building. You leave Piccadilly station at the back entrance (where the taxis are and where you can access Metrolink) and boom: There it is in all its glory. Like many buildings in Manchester its facade is almost completely tiled to wash it off the industrial dust… Now it is undergoing reconstruction works. The clerk in the hotel opposite says it is for luxury appartments. Wikipedia is vague, talking about mixed use. Let’s see… 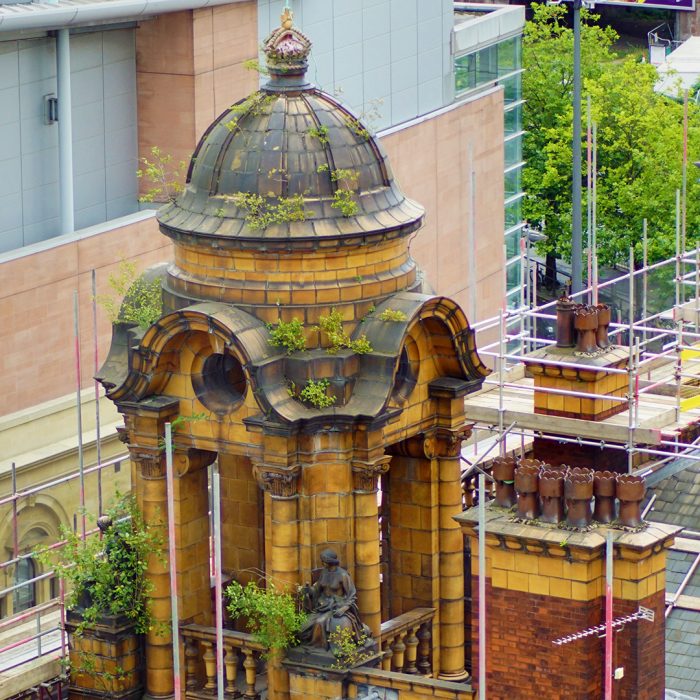 …you can still see numerous traces of industrial Manchester. 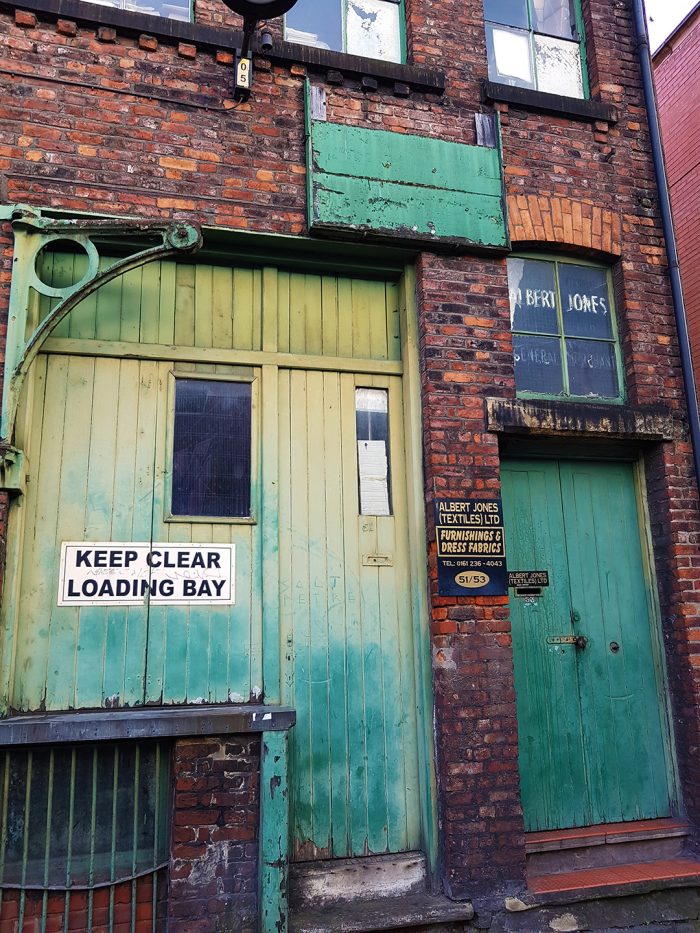 I had no idea that taking a video using my 300 mm zoom would be that shaky. Anyway, there is help at hand. Do you spot the difference between the left-hand side (original) and the right-hand side (stablized) in the video of the seals above–in full resolution, it is much more astounding, btw.? How did I go about it? This is how:

1) I got homebrew for my Mac. From this page I copied the command and pasted it into a terminal window I had opened before. This istalled homebrew on my computer.
2) I had homebrew install ffmpeg by just typing “brew install ffmpeg” into the terminal. ffmpeg came with the vid.stab filter enabled already.
3) I went to the folder my shaky video was in by typing “ls ” into the terminal and dragging the folder from the bread crumb trail in finder.
4) Now the filter works in two passes.
4a) First pass: command: “ffmpeg -i clip.mov -vf vidstabdetect -f null -“. This writes a file named “transforms.trf” into the same folder.
4b) Second pass: command: “ffmpeg -i clip.mov -vf vidstabtransform=smoothing=5:input=”transforms.trf” clip-stabilized.mov”. This writes the stabalized clip into the folder.
5) That’s it.

Max Ogden (commands in 4 are from his text) also adds a command to creade a side-by-side comparrison here.

You might want to rescale your video. Info on that filter of ffmpeg here.

Depending on the shakiness of your video, you might want to adapt the filter options a bit. On the website of vid.stab, you will find explanations on how to do that. I have found that with this really shaky video, it seems to work fine if I put shakiness to the maximum of 10 in the first pass (default is 5) and the smoothing to 30 (default is 10) in the second (see command line summary below).

Whenever I go to the UK, one of the first things I buy is junk food like pork pies or Scotch eggs, and some bread spreads for later on. That’s basically the things I like and I don’t get in continental Europe. The photo shows a Scotch egg in front of London Road Fire Station, Manchester, which is undergoing conversion into luxury appartents at the moment. What else, of course? I surely wouldn’t be able to afford property there, but I can afford a proper Scotch Egg. Yummy! 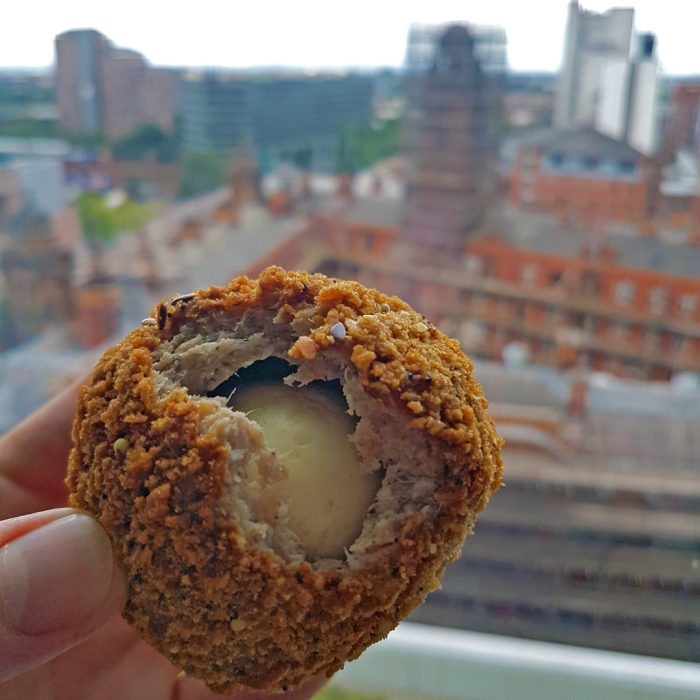 Whenever I visit the UK, there is this moment that makes me realize that I have arrived there. No, it is not the laid-back attitude of the border police. Neither is it the ability of people to queue or to stand behind lines or generally suddenly behave meek as lambs in crowded places. No, it is some tiny little sign with some mostly unimportant message. To be more precise it is the typeface the words on this sign are set in. You go to the UK and suddenly it is not Verdana, Arial, DIN or Frutiger any longer. The fonts that surround you in public are Gill Sans, Johnston, Transport or some other, more modern, grotesque font. Like here, at Manchester Airport: the sign does not only tell foreigners to behave appropriately, it also says: “Hiya! Welcome to the UK. Make yourself at home (and a nice cup of tea later on (before you go to have too many pints of overprized beer–for which you might have to queue in an orderly fashion)).” 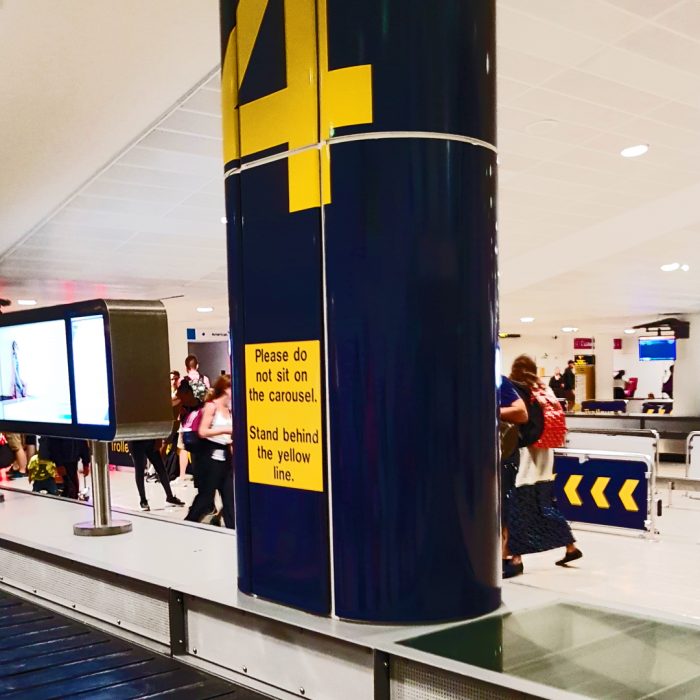 My very useful and friendly polistinae seem to be quite happy this year. They’ve built multiple nests in the garden door. 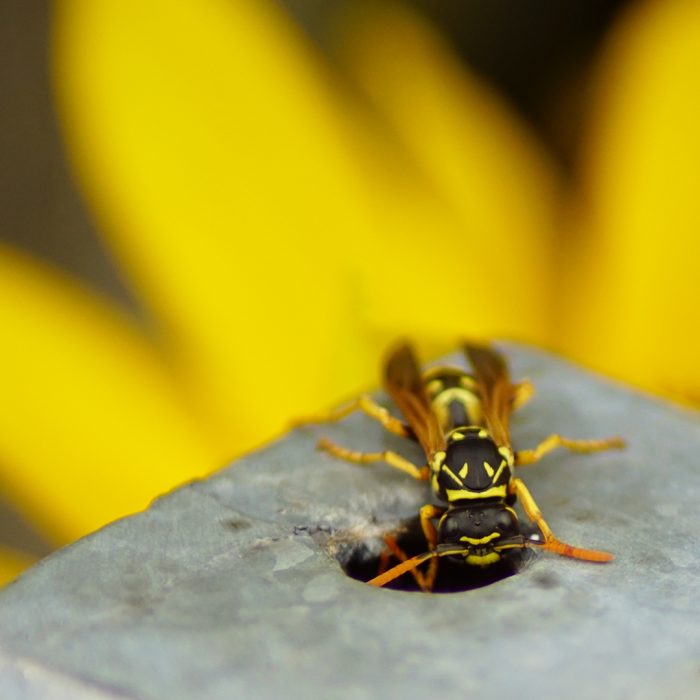 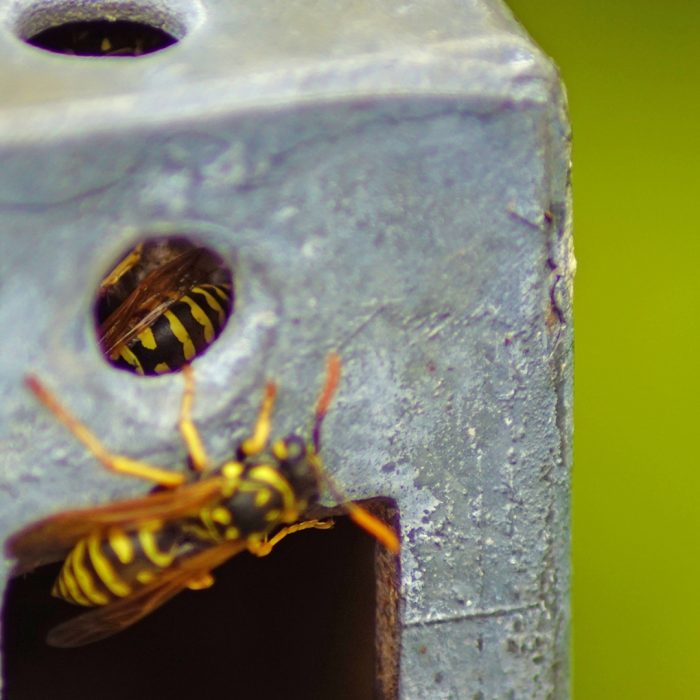 [“#Citylauf #Ludwigsburg: While the first have reached the finish line already, people still cheer for the slower runners. #wholesome”, July 20, 2019 at 10:04PM]