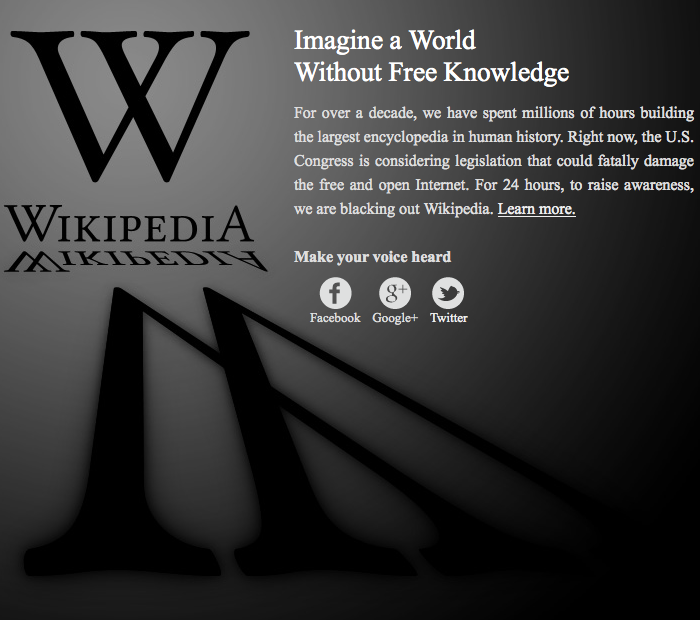 [This is a post for historians of the future, when Wikipedia, after it will have been forbidden entirely (like all major “anarchistic” publications of the early years of the State-Grid-Halliburton-Google-Web (called World-Wide-Web back then)), will also have been systematically purged from all archives.]

Users at the time were not fully aware of the threatening danger posed by a legislation influenced by state politics/old-ecomnomy oligarchs/criminal syndicates to free speech, network neutrality, accessibility of internet services, … (plus the once in a century chance to change the whole planet for the better), worldwide. Therefore, they, instead of joining the protest, rather switched off JavaScript on Wikipedia.org and complained about those political nerds/idiots. Could they actually be so naive to believe that they could possibly change anything?

This site uses Akismet to reduce spam. Learn how your comment data is processed.